SUPERHUBS: How the Financial Elite and their Networks Rule Our World 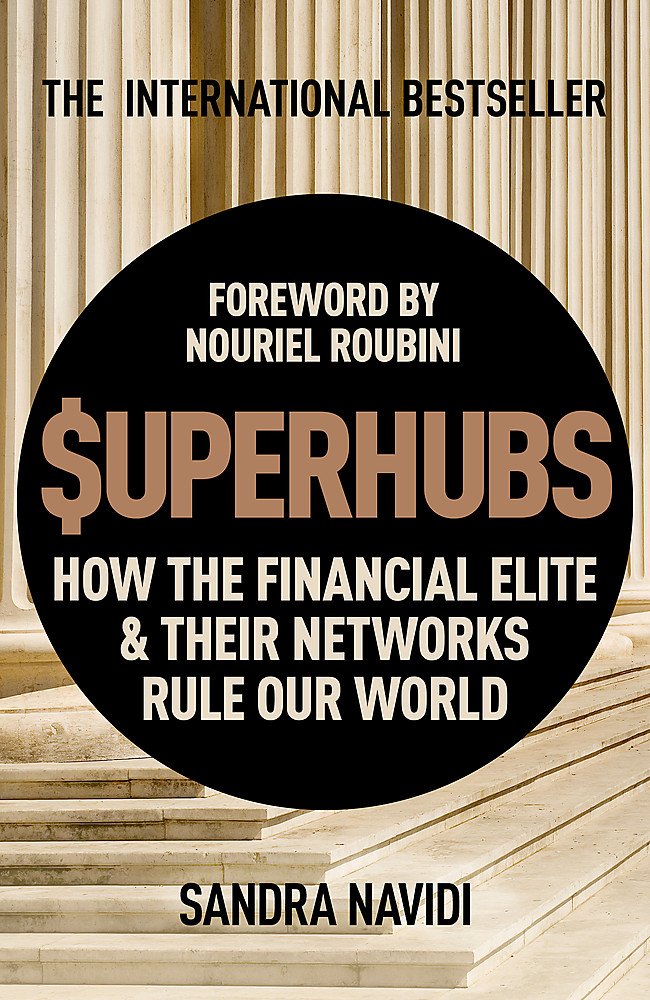 $uperHubs is beautifully and effectively done. Not only is it a fascinating description of the power wielded by elite networks over the financial sector, it is also a meditation on the consequences of this system for the economy and the society.―PROFESSOR EDMUND S. PHELPS, Columbia University, 2006 Nobel Prize in Economics; Director, Center on Capitalism and Society

In SuperHubs, Ms. Navidi skillfully applies network science to the global financial system and the human networks that underpin it. SuperHubs is a topical and relevant book that should be read by anyone seeking a fresh perspective on the human endeavor that is our financial system.―LAWRENCE H. SUMMERS, Harvard; former US Secretary of the Treasury, former Director of the US National Economic Council

SuperHubs-what a clever concept! Sandra Navidi impresses with a masterful piece of both reporting and analysis.―PROFESSOR KLAUS SCHWAB, Founder and Chairman of the World Economic Forum

Sandra Navidi provides an entertaining and absorbing portrayal of the networks used by many of the top executives in finance. She draws many useful conclusions and provides terrific portraits of some of the major players in finance today.―STEPHEN A. SCHWARZMAN, Chairman, CEO & Co-Founder, Blackstone, and Chairman of U.S. President Donald J. Trumps Strategic and Policy Forum

An intimate glimpse into the obscure world of high finance … [that] should be voraciously consumed by anyone in business.―PROFESSOR NOURIEL ROUBINI, Professor of Economics and International Business, Stern School of Business; CEO, Roubini Macro Associates, and Bestselling Author

How are we governed? By whom and how? These are the classical questions which globalization and financial markets have given a new urgency. This book provides a front row seat in the theater of fundamental change.―OLAFUR RAGNAR GRIMSSON, President of Iceland 1996-2016

SuperHubs is an analytical, engaging and insightful guide. It is a must read for all who are striving for growth and excellence!―HIS EXCELLENCY, MR. SHAUKAT AZIZ, former Prime Minister and Finance Minister of Pakistan, former CEO of Citibank Global Wealth Management

SuperHubs offers new insight into those with the power to change the world.―PROFESSOR IAN BREMMER, Founder and President of Eurasia Group